I left the manufacturing industry as a Stores and Procurement Manager in 2011, working in a male dominated environment where the main conversational language on the floor was Zulu. The men simply got on with their work and socialising was not an option. I generally moved between my office and the HR office, crossing the workshop floor to do so, with an occasional greeting from one of the workers. Mandisa and I were the only two women in this very rugged, industrial setting. Periodically, a supplier rep would pop by with specials for the month. That was the extent of my interaction with the outside world.

Early in 2012, having newly joined Profiles (now GrowingPeopleGreat), I felt a need to expand my network as a new sales person and customer service officer. I wanted to understand what was happening outside my little world and tap into the bigger business network in KZN.

Eagerly scouting the internet for networking groups, I came across KZNWIB. I leapt straight in, paid my memberships fees and booked for my first meeting.

The meetings took place in La Vita Conference centre in Durban. This was exciting for me. I was finally venturing out into the big world of business networking and slowly breaking my ties with the manufacturing industry. More exciting, I was out of my little suburb, risking getting lost in the greater CBD which I was not too familiar with. (Back then, I didn’t have a fancy cellphone with Siri or Google maps to direct me to the meetings.)

My first introductions were to Charmaine Schwenn and Alice Leah who were bubbly and chatting, happily greeting each visitor as they arrived. Emma Dunk was another friendly face welcoming an evident newbie into their midst. I felt so out of place and convinced that I was the only new person in that room. Everyone already seemed to have a connection or friendship.

All I saw was a room full of prospects. This was great. I felt that I could get so much business in that room and that I had the potential opportunity to get many appointments, … until it was time for the dreaded “Networking Slot”. I wasn’t prepared for what was about to happen. I expected to just meet with and talk to people and instantly convince them that I had the solution to all their problems.

I had no clue what real networking was. Instead, I had to stand up in front of all these strangers and tell them who I was and what I did. Wild eyed, sweaty palmed, dry mouthed and heart racing, I tried to appear confident (in a room of about 60 women), but my trembling voice betrayed me and my attempt at appearing confident. I could barely get a word out. My words raced mumbled and jumbled out of my mouth, making very little sense to anyone else. I could feel my face turn a thousand degrees red and I was literally shaking in my boots, unable to pick up even a glass of water without spilling it.

Reflecting on this first experience as a neophyte in the networking arena, I endure a moment of slight embarrassment at my inexperience all those years ago but also acknowledge and appreciate the growth that I have gained as a result of persisting and networking as often as time and opportunity would allow.

Put yourself out there, volunteer your services and share your talents with the members as a quick way to become known and understood by your peers in the organisation. I realised early that “30 seconds” just wasn’t enough for me to get my point across, so I determined that the 1-minute option of marketing myself and my business was a great opportunity to grow at an increased rate and get me the greater exposure that I needed. I gained more than just the exposure – I gained valuable confidence in myself.

I have witnessed this same transformation in so many other women who have consistently attended the meetings and pushed through the nerves of the Networking Introductions to a point where their confidence far outweighed and outperformed their fear of speaking.

We worry about what other people are going to think if we get it wrong, if it doesn’t make sense or if nobody cares about what we have to say.

The women of KZNWIB have proven time and time again, that we support and encourage this growth and confidence in each other. I have never sensed judgement when a newbie has struggled to introduce themselves effectively but instead have also joined in cheering a nervous visitor or member on, sometimes quietly, other times loudly congratulating them on “being brave” in the moment and accomplishing something that seemed too big or scary for them just moments earlier.

Take courage and think of every meeting and networking slot as a practice session for the real outside world; an opportunity to overcome your fears, nerves and to gain confidence. KZNWIB has always been a safe space for me to test and experiment with different introductions, promotions and offerings. Some have worked, some haven’t. Just keep stepping forward till you reach a point where you have escaped the limitations of your own mind and rise higher than you ever thought possible.

After six years of membership and association with some of the most incredible women that KZN has ever known, I now bow in service to the members of the organisation as the Chairperson. The support and encouragement were always subtly there, growing my courage and confidence, meeting by meeting, introduction after introduction, “network slot” after slot, to a degree that allows me to more calmly, comfortably and confidently address a room of strength-building, inspiring and supportive women, many of whom I now consider my dearest friends. 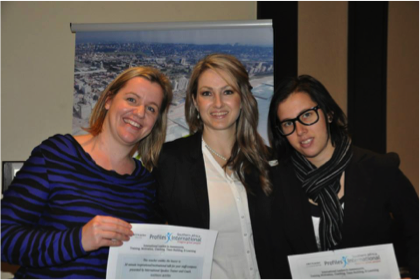 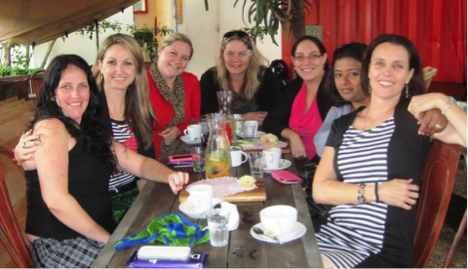 Serving on committee for the 1st time 2013 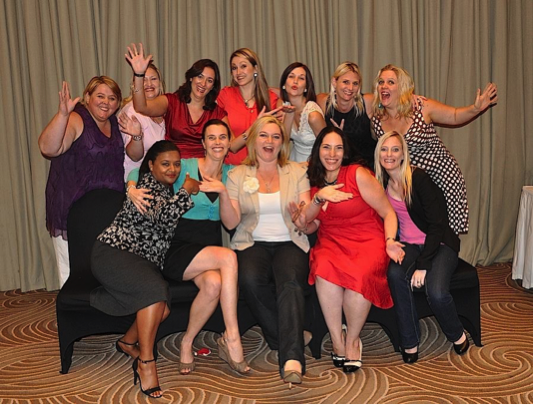 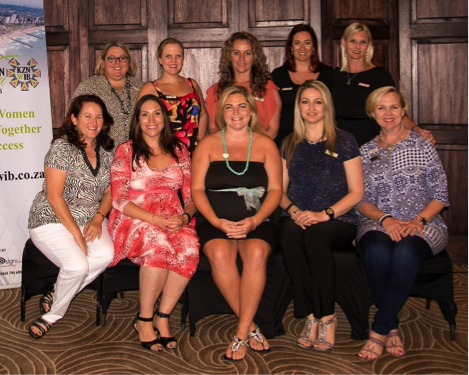 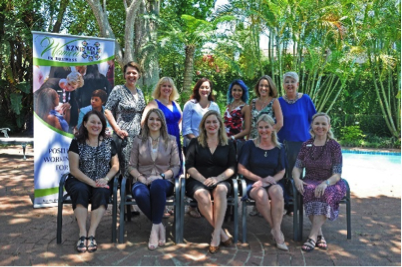