On the 9th Of August every year, South Africans have a day off work and school for National Woman's Day. For some, it is a great excuse to sit on the couch and binge-watch their favourite series on Netflix, while for others, it is an inconvenient break in the working week. The reality is that Woman's Day has a powerful and far-reaching history and should have far more of an impact on your thinking.

The History Of Woman's Day in South Africa

The first National Women's Day was celebrated on 9th August 1995. South Africa was a newly-minted democracy and the day was declared a national holiday.  Today, many Woman's Day activities are organised with women in prominent positions making appearances and giving speeches at different venues across the country. In Fact, August has since been declared National Women’s Month. It is an opportunity for women & men to reflect on the sacrifices of the women who have come before us, the challenges facing the women of today, and how we are shaping the future for the women of tomorrow. 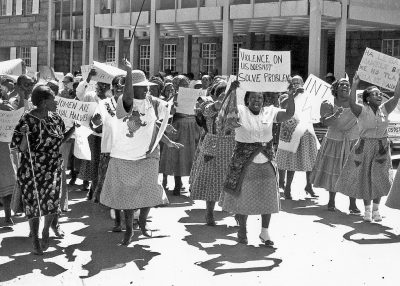 The origins of Woman's Day lie in the Struggle. In one of the largest demonstrations staged in South Africa's country's history, 20 000 women of all races marched to the Union Buildings on 9 August 1956, to present a petition against the carrying of passes by women to the prime minister, JG Strijdom. The march against the pass laws was organised by the Federation of South African Women (FSAW or FEDSAW). The Federation famously challenged the idea that 'a woman's place is in the kitchen', declaring it instead to be 'everywhere'. The women of South Africa sent a public message that they would not be intimidated and silenced by unjust laws. The freedom song: Wathint` abafazi, Strijdom! was sung loudly by the protesters and since then, the phrase 'wathint' abafazi, wathint' imbokodo' (You Strike a Woman, You Strike a Rock) has come to represent the courage and strength of South African women of all races.

Women's Progress & The Future of Women in South Africa

South Africa as a country has made significant strides in the progress of women's rights, and women's presence in wider society - before 1994, only at 2.7% of parliament was female, and 27.7% of the National Assembly. Today nearly 48% of our government is made up of women, a significant step forward in terms of female representation.

Be that as it may, women in South Africa still face daily challenges based on their gender including domestic violence, gender pay inequality, working mother guilt and sexual harassment. Imagine the day when Woman's Day is a day purely to celebrate historical achievements as opposed to a day where activism is required - that is the day when women are treated as equals in the home and workplace. That is a bright future indeed.

Mel Gard is a Digital Marketing Consultant and co-owns the WSI office in Durban, South Africa. She specialises in Google Adwords, Google Analytics and data analysis. She is very active in the business community and mentors other female entrepreneurs.